Chairman of the Board, The Hon. John Anderson AC 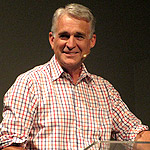 John Anderson is a sixth-generation farmer and grazier from New South Wales, who spent 19 years from 1989 in the Australian Parliament.

He served as a senior Cabinet minister in the reformist government led by John Howard from 1996 to 2005. This included six years as Leader of the National Party and Deputy Prime Minister.

John launched the Page Research Centre in 2003 while serving as Deputy Prime Minister, and has been Chairman of the Board since 2012.

Mark was first elected to the House of Representatives for the seat of Parkes, New South Wales, in 2007. He has since been re-elected in 2010, 2013, 2016, 2019, and 2022. In June 2022, Mark was appointed as the National Party’s Chief Whip. He previously served as the Minister for Regional Health, Regional Communications and Local Government from February 2020 until July 2021. He was first appointed to the Coalition Government Ministry on 26 May 2019 by Prime Minister Scott Morrison as the Minister for Regional Services, Decentralisation and Local Government, and Assistant Trade and Investment Minister, and was officially sworn-in on 29 May 2019. From March 2018 to May 2019, Mark was the Assistant Minister for Trade, Tourism and Investment. During his time in the Federal Parliament, Mark has also held the positions of Deputy Speaker of the House of Representatives, National Party’s Chief Whip, Shadow Parliamentary Secretary for Ageing and the Voluntary Sector, Shadow Parliamentary Secretary for Water and Conservation and Shadow Parliamentary Secretary for Regional Development and Emerging Trade Markets. 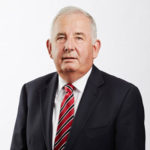 He has had a long career in public office having been elected a Shire Councillor at age 23 and then serving for 33 years in the Parliament of Victoria. He has held office as a Parliamentary Committee chair, a Cabinet Minister and chair of two statutory authorities. As Minister for Roads and Ports, he signed the Concession Deed which enabled the major infrastructure investment, Melbourne City Link, to proceed. He recently concluded a term as a Director of a major superannuation fund.

He is presently project managing the conversion of the family farm from surface watering to spray irrigation via nine travelling irrigation machines. This substantial investment will deliver significant productivity gains and environmental benefits.

Martin Svikis has been a director of the Page Research Centre since 2015. Currently Managing Director of Graceburn Pty Ltd, a consultancy in transport and logistics.

Martin holds tertiary qualifications in Agricultural Economics from the University of New England. 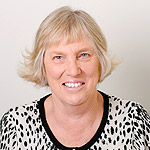 Christine has had a long history in the agricultural sector, partner in family business producing prime lambs, wool, cattle and farm tourism.

Christine has spent over 25 years working for the National Party holding many positions including Federal Women’s President, Chairman of NSW, National Federal President. Chairman of the Sir Earle Page Trust, Federal Management Committee, Member of NSW Executive and a Trustee of the Party.

Christine represented the NSW National Party at the Women’s World Conference in Madrid in 2000 and was instrumental in forming the NSW Women’s Council set up to encourage women to participate in the political process.

Christine has lived in regional Australia all her life she understands the challenges confronting rural communities and continues to work with the people that live and work in these regions. She was elected a Councillor to the Gundagai Shire Council 1990-1994, and has served on numerous committees within the Riverina, including Tourism, Murrumbidgee Catchment Committee and Regional Library.

Christine has a Batchelor of Arts Degree in Politics from the University of New England, Armidale and a General Nursing Certificate (Alfred Hospital Melbourne) and Midwifery Certificate (Simpsons Maternity Pavilion Edinburgh). 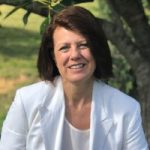 Dr Theresa Craig (PhD) has worked in the agriculture industry her entire career in roles ranging from business woman to scientist. Her experience has also allowed her to work with complementary industries  in both the food industry and medicine.

Theresa has a PhD from University of Missouri, in nutrition across all species with a minor in business and a BSc from Texas A & M University in Animal Science. Theresa grew up on a ranch / feedlot operation near Crossfield Alberta, Canada.

Theresa owns and operates her Australian based research and consulting firm, TARA – Technical Assistance and Research Analysis Pty Ltd.  Along with her husband, they own and manage a small Charolais stud in South East Queensland.

Theresa is currently the vice chair of the Queensland school animal ethics committee.  She is the LNP regional chair for the Sunshine Coast and the President of the Women’s’ Federal council of The Nationals.  She also served 3 years as the LNP women president. She is past President of the Agribusiness Association of Australia, a national professional body crossing all sectors of the agribusiness sector.

Andrew lives at Ballarat in Western Victoria, where his family has farmed since 1839. Andrew graduated with a Bachelor of Arts (Hons) from the University of Melbourne, for which he was awarded the University Medal, and Master of Laws (Juris Doctor) from Monash University.

Andrew lectures in Property and Land Law at the Australian Catholic University in Melbourne. In addition, he is completing a doctoral thesis at the University of Melbourne on the history of the Country/National Party in Victoria. 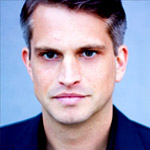 Kristian graduated from the University of London with a joint honours degree in English Literature and History, before moving to Brussels to work for the Bank of New York.

He subsequently returned to London to study an MA Classical Acting, and has enjoyed a successful career as an actor and producer in theatre, film and television in Australia, the UK and Los Angeles.

Kristian is currently the Executive Director of the Page Research Centre and Media Director at John Anderson Conversations Pty Ltd.