Congratulations to our Director Bill Baxter AM on his being named a Member of the Order of Australia this Australia Day!

You are here:
NewsUncategorized 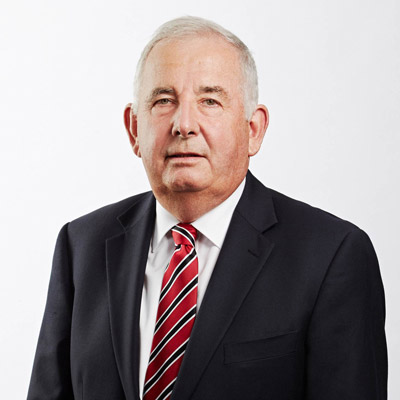 Rutherglen’s Bill Baxter, a former member of Parliament and the minister responsible for establishing Melbourne’s CityLink, has been awarded the Member of the Order of Australia.

The 71-year-old was a member of the Parliament of Victoria from 1973 to 2006 and was Minister for Roads and Ports in the Kennett McNamara government.
“I was fortunate to be the minister who brought CityLink to Melbourne, I negotiated the concession deed and put the legislation through Parliament and we managed to build that freeway without very much disruption and without it Melbourne would be even more choked up than it already is,” he said.

Mr Baxter was later chairman of the Parliament House Completion Authority. He is the son of a farmer and grew up at Nathalia where he was a Councillor for seven years and Shire President between 1973-1975. During his time in Parliament Wodonga was the largest town in his electorate and that was the reason for moving from Nathalia to Wodonga.

He later married Jan Ball from Albury and they lived together in Wodonga. The couple moved from Wodonga and relocated to Norong, west of Rutherglen, in 2003.

Mr Baxter has held elected office in the National Party continuously for 53 years. He was made a life member in 2009. At NSW State elections, he distributes voting material at the Lowesdale booth on behalf of the Member for Albury, Greg Aplin.

“Since relocating from Wodonga, Corowa has been my “go to” town for household shopping, car repairs, entertainment and the like,” he said. “It is a great town with a lot to offer.” Mr Baxter said he was honoured to receive the Member of the Order of Australia. “Over the years I nominated or assisted nominations for quite a few people, but I never looked for it myself,” he said. “I have always been well remunerated for my job, nevertheless it’s a pleasure and an honour to receive the recognition and I hope in return that I have been able to give back a fair bit to the community in one way or another. “I have been assisted by many fine men and women over the years. I was always inspired by their commitment and dedication directed towards achieving a fair go for people who live beyond the great capital cities.”

Mr Baxter said public life offered many satisfying rewards for those prepared to have a go. “More than ever before in my lifetime, we need good people to offer themselves for public office,” he said. “Confidence in politicians is low because a few have chosen to conduct themselves in pretty poor fashion but that is all the more reason for competent and public spirited citizens to put their hands up.”