You are here:
Academic Papers by Tim Fischer AC 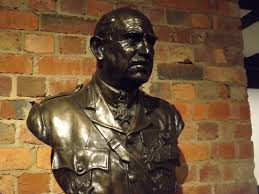 When a window of opportunity comes along to correct a wrong that goes to the core fabric of the nation, then citizens should step up and seek to ensure action is taken to rectify the wrong. This window exists from now until 11 November 2018, the centenary of Armistice or Remembrance Day.

The Jerilderie Proposition relating to Sir John Monash sets out clearly the objective of the Saluting Monash Council for your consideration and is detailed below, it seeks to right a wrong. However firstly, some matters of fact should be laid out with regard to the rank of Australian Field Marshal:

“The careful after the fact confirmation of General Blamey’s legal status as an officer on the Active List reinforces the importance of this requirement. Implicit in the requirement for the recipient to be a serving officer is the requirement that the person be alive.” ENDS