National Implementation of Biofuels in Australia

You are here:
Research Papers 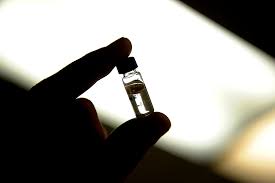 The Page Research Centre takes the position that ethanol and biodiesel blended fuels are an effective step toward reducing vehicle emissions of carbon dioxide. The Centre had identified a number of claims about the potential of biofuels to reduce carbon emissions. As a conservative estimate, if Australia were to adopt an E10 blended fuel nationwide it would lead to over 3 million tonnes of carbon dioxide abatement per year.1 However, other sources suggest that this could even be higher. The Page Research Centre supports the immediate implementation of E10 and biodiesel into mainstream use in Australia. The Centre recommends moves toward an E85 blend be a national goal. While various State Governments have introduced mandates over recent years and Federal Governments have been active in supporting an Australian biofuels industry, the Centre believes that the current implementation process has not reached its full potential. This policy discussion paper aims at providing stimulus for a renewed effort to fast track the implementation of ethanol and biodiesel into mainstream use. The Centre acknowledges that the integration of new transportation fuels into Australia is a complex issue with a range of competing interests. However, the Centre’s main concern is that those competing and vested interests may be slowing down the implementation of biofuels as they seem unable to compromise on a suitable implementation process. The current problem facing the development of ethanol and biodiesel implementation is that Federal Government has not taken leadership and not been decisive enough in supporting alternative fuels allowing interest groups to dominate and dictate timelines for a full implementation. Absent from the process, has been serious recognition of any evidence-based policymaking. Decisions, to date, have been piecemeal or politically driven. The Page Research Centre now calls on Federal Government to consider more pragmatic and decisive measures to encourage the uptake of E10 fuel blends and the development of greater biodiesel production suitable for rural and resource industries.

This discussion paper recommends a policy alternative as a means to stimulate interest and provide some direction. Its scope is limited to key areas identified by the biofuels taskforce chaired by Senator Fiona Nash. The Centre appreciates this is not an exhaustive discussion paper but rather considers the main issues inhibiting bio fuel uptake.